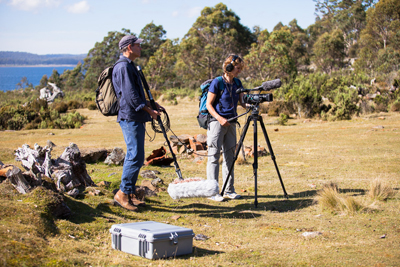 Director/Producer Heather Kirkpatrick largely worked alone on camera and sound for the 16 months of production. Having Russell Hawkins as second camera and sound assistant in the final scenes provided an invaluable contribution to the film.

Heather received expert editing input from producer/filmmaker Lara Van Raay in the final month of her pregnancy, no stopping her!  Ray Thomas was also consulted to reach the final edit.  They both helped me transform the film to its final version after six months in the edit suite.

Musical compositions performed by My Friend the Chocolate Cake and Silkweed have provided a wonderful score for the film. Thanks to the composers David Bridie, Helen Mountfort and Susan McGowan.

The filmmaker thanks AO QC Julian Burnside, Jenny Lalor and Madeleine Ogilvie for the legal advice they provided. 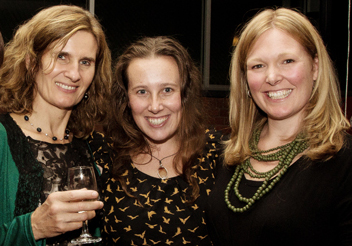 Award winning Tasmanian photographer Kristy Dowsing‘s photographic images from the Central Highlands of Tasmania shot in the final scenes of the film are stunning as has been her graphic design work with publicity. Thanks to Ola Broun for graphics work within the film.

The transcribers allowed Heather to keep up with the logging of 120 hours of footage over the 16 months of production – so a special thanks to Geoff Burkitt, Michelle Clark, Mary Zouglakias and Nola Kirkpatrick.

Thanks to Michael Thomson in Hobart for the earlier website design. Kevin Kucks has created this new site.

Thanks to Dan Broun for colour grading and authoring, Phil McKercher for the sound mix and to Dave Carter and Mike Gissing for technical sound support and consultancy. Mark Vernon of Emmark Studios in Ulverstone kindly converted the film to DCP format for cinema.

A very special thanks to Mary, Mohammad, Emily, Clarissa and the other participants.